Websites evolve just as much as anything else does as technology and the modern world changes. Having a website evolve is a major stepping stone. It means that the business is evolving to meet the needs of the current desires of the customer demands. Youtube, for example, originated as a dating website back in 2005 and now it is a popular site where video-sharing and more are an exciting internet browsing site. Today, we at Lucid Blue Media would like to explore the examples of the websites that evolved over time for the greater good.

1) Amazon: Founded in 1994 originated as a model for the Earth’s biggest bookstore.
Before: Founder Jeff Bezos chose books from his list of 20 products of the lowest-cost and most universally in demand that he believed would sell online. The amount of growth Amazon has witnessed in the two decades since the beginning is beyond impressive.
Today: Amazon is guided by four main principles: 1) Instead of competitor focus, customer obsession 2) Invention passion 3) Operational excellence commitment 4) Long-term thinking.
– A full ecommerce operation that sells far more than just books.
– Amazon now produces and offers many other products in addition to online shopping:
– The Amazon Echo (smart home device and digital personal assistant)
– The Kindle E-reader
– Original entertainment programming
– Streaming media tools and devices
– Music downloads
– Grocery delivery
2) Netflix: Founded in 1997 originated to offer online movie rentals.
Before: The intention was clear when Reed Hastings and Marc Randolph as they wanted to create an easy way for people to rent and return movies, without having to drive to the now non-existent video rental store.
Today: Now Netflix is the world’s leading internet television network.
– With streaming technology, they can offer original and syndicated programming.
– Personalized with algorithms and designed to make recommendations based on viewing behavior and history provides the viewers content.
– Owned by Netflix, DVD rentals are still available by a DVD website.
3) Facebook: Founded by 2004 and originally noted as Thefacebook. It was originally an online directory that connects people through social networks at colleges.
Before: Since Facebook’s launch in 2004, many pop cultural references have since manifested. The founder, Mark Zuckerberg’s wanted to allow students at Harvard to connect online. The network expanded to most U.S. colleges and universities eventually and soon thereafter it was announced anyone would be able to join in 2006.
Today: People have the power to share and make the world more open and connected.
– Besides some parameters for minors, anyone can create a profile.
– For 44% of the general population, it is the primary source of news.
– There is an averages 1.18 billion daily active users.

There are a number of other website just as these that have evolved to meet the demands of the consumers. With so many fine examples of websites that have turned little into something phenomenal, there is no reason why you can’t exceed your own expectations! Contact Lucid Blue Media to get started today! 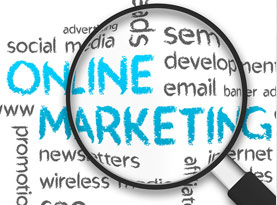 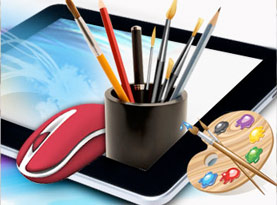 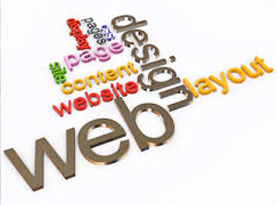